One on one with Stu Austin 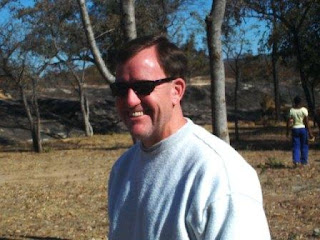 Stu Austin
Stu came to Ebenezer with a team from Florida USA. They spent time with the Ebenezer team and the apprentices, getting a feel of what is happening this side.

M.M: Tell me about your background Jack?
S.A: I grew up in Connecticut in a Roman Catholic home. I have my parents and 2 older brothers. I had a comfortable upbringing. I went to Boston College and met friends who were part of Campus Crusade for Christ. Through those friendships, I came to know the Lord in February of 1979. I was discipled by one of their leaders and developed an interest in going into ministry. In 1981, I entered Gordon Conwell Seminary and in the summer of 1982, I went to Turkey as a short term missionary to see if I was called into the mission field. From that experience I realized I was best suited to send people than to go myself. I met my wife Ethelanne in the seminary and we fell in love at the same time. We dated for 3 years before getting married in July 1986.

M.M: How would you best describe your family life?
S.A: Blessed more than I deserve. In 2002, Ethelanne and I moved to Fortmyers in Florida to serve in the church.

M.M: Is this your first time to Zimbabwe?
S.A: Yes, but I’ve been to Africa twice before.

M.M: What are your first impressions?
S.A: I came with great expectations but I am also aware that the country has been through alot. I was hopeful for what I’d see, especially through Ebenezer.

M.M: What were your impressions of Ebenezer?
S.A: Ebenezer has exceeded my expectations through the staff. They are intelligent, have depth of spirituality which is impressive and warm.

M.M: Thanks Stu. What did you think of the Cell meeting last night?
S.A: The Cell meeting was intimate. You can see people have a shared history. The songs were different but altogether it was a wonderful experience.

M.M: What work do you do back in the States?
S.A: I’m the Pastor of Missions and Outreach at New Hope Presbyterian church. I’ve been doing that for 7 years.

M.M: Any highlights?
S.A: Yes, when I went on a Retreat outside Johannesburg and received an education on HIV and then we went to Swaziland.

M.M: What is your favourite quote?
S.A: John Perkins said: “Until those who are not affected by injustice are moved as much as those who are affected, nothing will change.”

M.M: So true! Lastly, what do you do to relax?
S.A: I love going t the gym and exercising.

M.M: Thanks so much Stu. I really hope you enjoy your time in Zimbabwe. It’s been a pleasure meeting you.
Interviewed by Molly Manhanga
Posted by ebenezer agricultural training centre at 10:21 AM