Tomatoes on the agenda!!!! 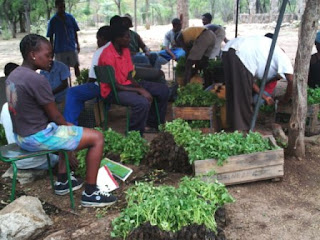 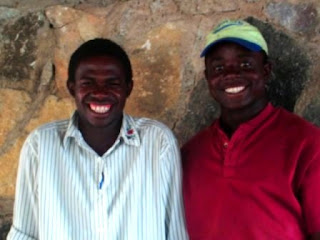 ……..When we received this season’s transplants, the quality was quite high. We transplanted the seedlings but a week later, the water ran out due to an electrical fault which affected the water being pumped to Ebenezer. To solve this problem, we used a 38 horse power diesel engine which worked for some time. When the electrical problem was rectified, we switched back to the electric pump. Unfortunately, someone decided to burn the pump but God was gracious to us as the rainy season began and we have received good rains so far. The pump has since been repaired. 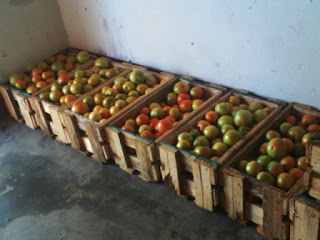 Our tomato crop has been affected by boll worm and we’ve sprayed Methomex 900 SP which decreased the breeding rate of the worm. Other diseases that have affected our crop is red spider mite, leaf roll, rust which affects the leaves, leaf spot and stem rot. We have some chemicals available for us to use but we look forward to a greater variety of chemicals.

It was wonderful when the rains started because we didn’t have to worry too much about water shortages. The rains however have affected the quality of our crop. The tomatoes plants grew rapidly but cracks formed on the fruit. At the moment, we are harvesting 50kg of tomatoes per week per apprentice. The tomatoes go for screening, weighing and grading. Our tomatoes are averaging a “B” grade and anything lower than that gets sold to Pumula( a farm house near Ebenezer that has ostriches) as ostrich food.

Despite all the problems we have faced, we are hoping for a bumper harvest. 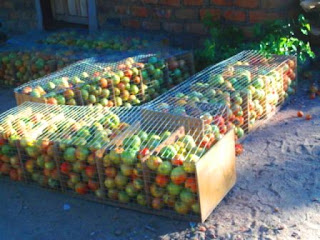 Ready to get sold! It’s a tomato story!!!
By Molly Manhanga
Posted by ebenezer agricultural training centre at 3:25 AM