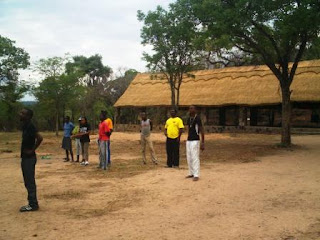 Onlookers as chairball is played

Freedom Unlimited have been sharing Life Skills with the apprentices.

WHY?
1. Social Factors: Women who carry condoms are seen as being “loose”. It is acceptable for men to have more than one partner and they rarely use condoms with their wives. Society says “good girls” should not know much or ask for information about sexual matters. Society places pressure on girls to remain as virgins while the same pressure is not put on boys and myths.
2. Cultural Factors: Women are socialized to get married and be submissive. Condoms rarely used to prevent pregnancy. The importance of childbearing leads to unsafe sex leading to infection. Due to lobola, women are seen as husband’s property and it’s hard for the women to refuse the husband sex. There is wife inheritance and widow cleansing during burial.
3. Economic Factors: Many women are economically dependent on men or selling sex for money.
4. Biological: It is difficult to see sexually transmitted infections (STI’s) and other problems.

Gender and culture are therefore largely related to the spread of HIV. HIV is a gender issue (a gender issue is a problem or concern arising from discriminatory attitudes and treatment due to unequal social and power relations) 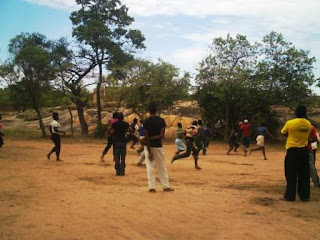 What can we do?
1. Do away with practices, thoughts and behaviors that make men and women vulnerable to HIV. Sensitize our peers about the relationship that exists between gender, culture and HIV because…………..
2. In the end, no one wins. We all die: those with power and those without power.
Posted by ebenezer agricultural training centre at 1:02 AM