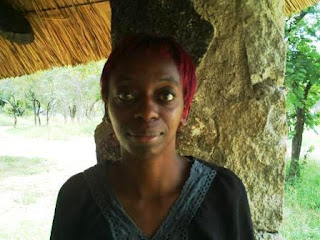 M.M: Tell me briefly about your background?
S.M: I was in born in Harare but I grew up in Bulawayo. I did my primary education at Coughlin Primary school. I went to Townsend High until my “O” levels before going to Dominican Convent School to complete my “A” levels. I then went to the University of Zimbabwe and studied a Bachelor of Science in Agriculture, majoring in crop science and specializing in horticulture.

M.M: How did you get to hear about Ebenezer Training Centre?
S.M: I heard about Ebenezer from Renee Cunningham. She came to our printing company to print brochures for Ebenezer. I met her again at Family Impact when they were doing Chronological Bible Storying.

M.M: What are you passionate about?
S.M: Jesus and agriculture

M.M: Who has influenced you recently?
S.M: Dr Goodwill Shana. He was sharing on the keys of the Kingdom and when he spoke about not building my life, expectation and value on what people say but rather on what God says, I felt released.

M.M: So, so true! What do you do to relax?
S.M: Read and watch television

M.M: You have just arrived a day or so ago. Any comments on the apprentices fields?
S.M: They are trying hard but they need to apply themselves especially on keeping standards. The apprentices need some self-motivation.

M.M: Thanks Skha. I really hope you have an inspired time at Ebenezer as you mentor the apprentices.

Posted by ebenezer agricultural training centre at 6:06 AM