Ebenezer at the Community Gala Showcase..pt 2 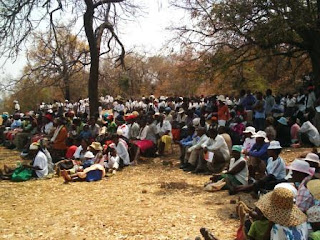 Gala Event at White Water School
It was really interesting being at a Community Gala event that was held at White Water Secondary school. The gala event was to discuss gender related issues and HIV. It was organised by Christian Aids Taskforce (CAT) and Southern Africa HIV and AIDS Information Dissemination Service (SAfAIDS) About 700 people attended the event and the guest of honour was the District Administrator – Mrs Molife. (Nice lady) 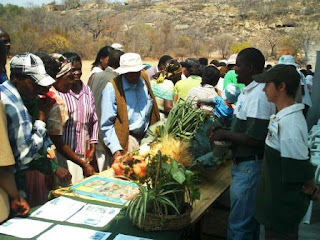 The Marketing Team representing Ebenezer were Gerald and Laura Mangena and Molly Manhanga. Our Ebenezer stand received lots of interest as older folk asked if they could become an apprentice, where Ebenezer was and what we do. The produce we showcased was amazing and many people commented on how excellent the onions, cabbages, wheat, potatoes and carrots were.

The event was really well-organised with speeches, songs, skits, traditional song & dance and so on. It was an excellent place to showcase Ebenezer and advertise for our upcoming Selection Camp where we are hoping to select 75 new apprentices. 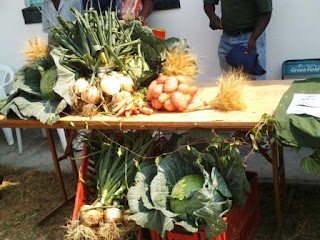 
By Molly Manhanga
Posted by ebenezer agricultural training centre at 2:36 AM