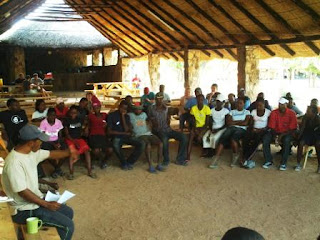 Apprentices having ‘Q & A’ time

The Selection Camp has come and gone and we are expecting 30 new apprentices in 2011. It was a packed weekend of fun, lessons, creativity, morning run, tests, watching a DVD and so on.

As the prospective apprentices arrived at Shalom camp site and registered, they were shown their accommodation, had a light snack before getting into games. Volleyball caught the attention of the apprentices and some of them did pretty well for a first time. When the majority of apprentices arrived early evening, they played other games with the staff. Much laughter was heard as games are a sure winner as ice-breakers.

After supper on the first evening, the volunteers and Ebenezer staff were introduced to the apprentices. Mr Nyamayaro shared on the expectations of Ebenezer. The apprentices were put into teams and they had to come up with team names and a war cry. The teams were Hot Stuff, Hunters, Bulldozers, Macho Ostriches and Mombe cows. The war cries were hilarious and points for originality. 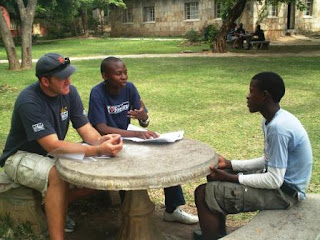 One on One interviews

Saturday morning the apprentices went for an early morning run from Shalom to Ebenezer. The run was led by Adam Landreth Smith – he opted for this as a “new” experience……… All the apprentices managed to make it to Ebenezer and when asked how the run went, some said it was just TOO FAR. Adam commented that he had to encourage and motivate himself by giving himself small targets. He also said he won’t do that again in a hurry. Well done to Adam for finishing the run! 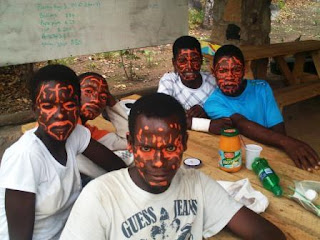 The devotional and tour of the fields went really well. It was during the tour of the fields that the prospective apprentices really opened up and asked a lot of questions. They enjoyed the “arty” business session on camp of the egg drop as well as the 30 minute lessons on Business, Spiritual and Agriculture. Their listening skills were put to the test as they sat down in the afternoon for a short test on Business, Spiritual and Agriculture as well as English and Maths. Some did really well while others not.

The one on one interviews were great as it gave the volunteers and staff and real opportunity to get to know the apprentices and a bit about their background. “Faith Like Potatoes” was the DVD shown in the evening. 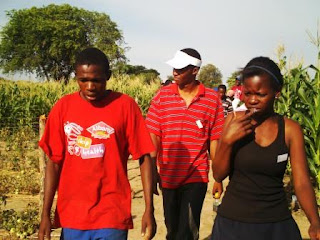 The selection process this morning went well as 29 out of the 32 prospective apprentices were selected. They are due to join the Ebenezer family on January 4th 2011. We look forward to that.

By Molly Manhanga
Posted by ebenezer agricultural training centre at 7:52 AM

Great thing . What will be with africa in 20 years? Everything or nothing ?

Really good and exciting stuff to read. Congratulations and best wishes to the prospective apprenticiees of 2011. May the Dear Lord be with you and gives you the strength and faith to fight a good fight